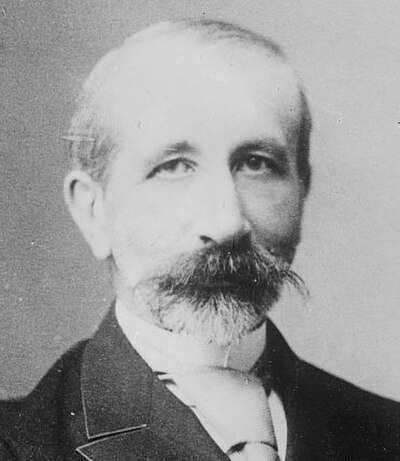 Francis de Croisset (pronounced: [fʁɑ̃sis də kʁwasɛ]) (born Franz Wiener, January 28, 1877 – November 8, 1937) was a Belgium-born French playwright and opera librettist.His opera librettos include Massenet's Chérubin (1905), based on his play of the same name, and Reynaldo Hahn's Ciboulette (1923).He married, in 1910, Marie-Thérèse Bischoffsheim, the widow of banking heir Maurice Bischoffsheim and the daughter of Count and Countess Adhéaume de Chevigné. They had two children, Philippe and Germaine de Croisset. By this mariage de Croisset had a stepdaughter, the arts patron Marie-Laure de Noailles. The de Croissets' grandson Philippe de Montebello was director of the Metropolitan Museum of Art from 1977 until 2008.