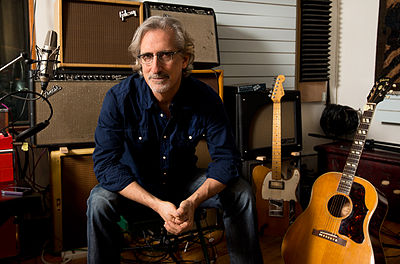 John Leventhal (born December 18, 1952) is a Grammy Award-winning musician, producer, songwriter, and recording engineer who has produced albums for Michelle Branch, Rosanne Cash, Marc Cohn, Shawn Colvin, Rodney Crowell, Jim Lauderdale, Joan Osborne, Loudon Wainwright III, The Wreckers and many others.As a musician he has worked with these artists as well as Jackson Browne, Willie Nelson, Bruce Hornsby, Elvis Costello, Dolly Parton, Emmylou Harris, Charlie Haden, David Crosby, Levon Helm, Edie Brickell, Paul Simon, Patty Larkin, Susan Tedeschi, the Tedeschi Trucks Band, Steve Forbert, Kelly Willis and Johnny Cash.As a songwriter he has had over 100 songs recorded by various artists. In 1998 he won a Grammy Award for Record and Song of the year for producing and co-writing the song Sunny Came Home (a 1997 hit for Colvin). Albums he has produced have been nominated for a total of 11 Grammy Awards. In 2005 he composed the score for the film Winter Solstice. Leventhal co-wrote all of the songs on Rosanne Cash's 2014 release, The River & the Thread.Leventhal lives with his wife Rosanne Cash and their children in New York City.