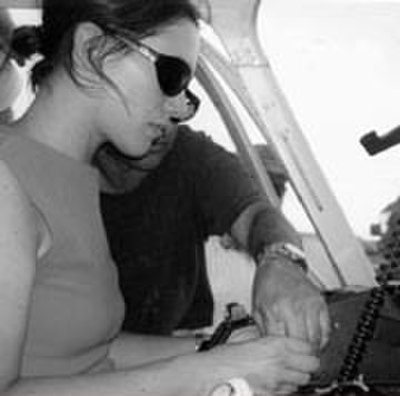 Sarah Morris (born 1967) is a British artist. Since the mid-1990s Morris has exhibited internationally.Morris was born in England in 1967. She attended Brown University, Cambridge University, and the Whitney Museum of American Art Independent Study Program. In 1999–2000, she was a Berlin Prize Fellow at the American Academy in Berlin; in 2001, she received a Joan Mitchell Foundation painting award. Morris was married to Liam Gillick; they divorced in 2012.