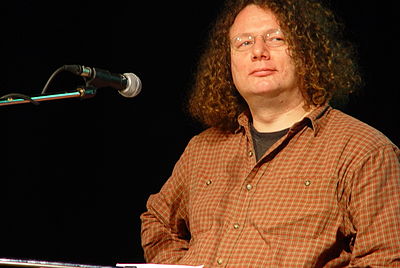 Ingo Schulze (born 15 December 1962) is a German writer born in Dresden in former East Germany. He studied classical philology at the University of Jena for five years, and, until German reunification, was an assistant director (dramatic arts advisor) at the State Theatre in Altenburg 45 km south of Leipzig for two years. After sleeping through the events of the night of November 9, 1989, Schultze started a newspaper with friends. He was encouraged to write. Schultze spent six months in St Petersburg which became the basis for his debut collection of short stories 33 Moments of Happiness (1995). He has been living in Berlin since the mid-1990s.Schulze has won a number of awards for his novels and stories, which have been translated into twenty languages, among them into English by John E. Woods. In 2013 he was awarded the Bertolt-Brecht-Literaturpreis.