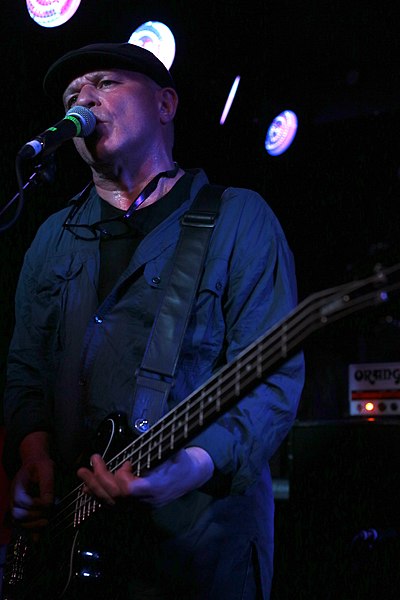 Graham Lewis (born Edward Graham Lewis, 22 February 1953) is an English musician.Lewis is the bassist with punk rock/post-punk band Wire, a band formed in 1976. On Wire's first studio album Graham Lewis was credited as Lewis; he continued to be known by this abbreviation; however some subsequent record credits give his full name.[citation needed]He worked on other music projects, such as Dome (with fellow Wire member B.C. Gilbert), Duet Emmo, P'o, Kluba Cupol, Ocsid (with Jean-Louis Huhta), Where Everything Falls Out (with Kenneth Cosimo and Anna Livia Löwendahl-Atomic), He Said Omala, and Halo. His solo projects have been He Said and Hox.Graham studied textiles at Middlesex Polytechnic in London in the early seventies. He later switched to fashion but formed the band before he was able to have a substantial career in this world. The time at art school was very influential on his later music as he was able to go and see a range of bands (usually pub bands) including Kilburn and the High Roads, Ramones, Dr Feelgood etc.Lewis currently lives in Uppsala, Sweden.