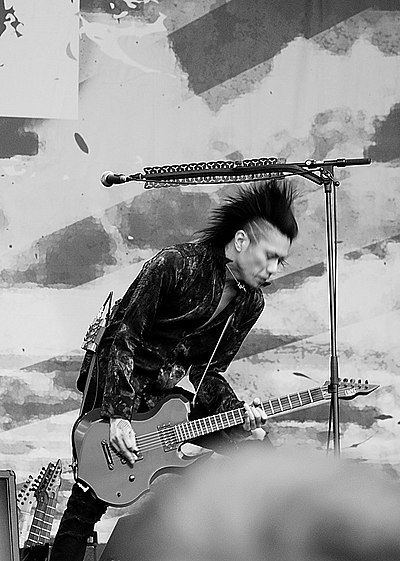 Die (born December 20, 1974, born in Mie) is a Japanese musician and guitarist. He is best known as one of the guitarists of visual kei metal band Dir En Grey. He has been with the band since its inception in 1997 and was previously a member of La:Sadie's and before that he was in Ka･za･ri. Die is the second most credited composer within Dir en grey (after fellow guitarist Kaoru and at least up to Vulgar, at which individual credits for the music were dropped) and his songs tend to be more upbeat, such as "304 Goushitsu, Hakushi no Sakura", "Riyuu" and "Mr.Newsman".