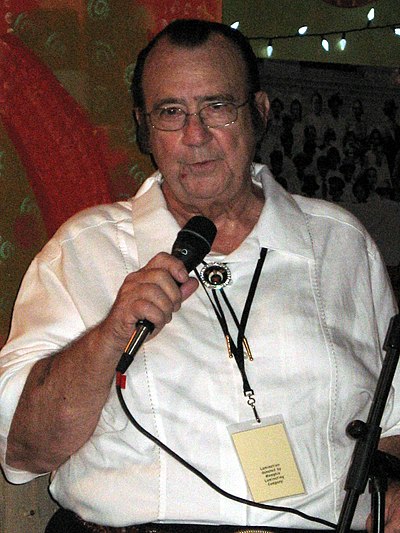 Eddie Bond (July 1, 1933 – March 20, 2013) was an American rockabilly singer and guitarist.In the mid-1950s, Bond recorded for Mercury Records and toured with Elvis Presley, Carl Perkins, Jerry Lee Lewis, Johnny Cash, Roy Orbison, Warren Smith and others. He is infamous for having rejected the then 18-year-old Elvis Presley, who was auditioning for Bond's band. It was shortly thereafter that Presley recorded his first single at Sun Records.Bond's contribution to the genre has been recognized by the Rockabilly Hall of Fame.He died of Alzheimer's disease in 2013.