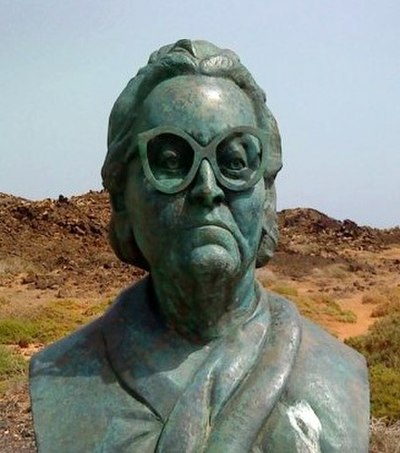 Josefina Pla (9 November 1903 in Isla de Lobos, Canary Island, Spain – 11 January 1999 in Asunción, Paraguay) was a Spanish poet, playwright, art critic, painter and journalist.She received numerous awards and distinctions for her literary work, for defending human rights and the equality between men and woman.Living the other one that I am that wasn’t what would have been.Living what would have been dying which I am still not.Sleeping all was I, another waking I go.Nos habremos deseado tanto / que el beso habrá muerto. Desnudo día, 1936We will have wanted each other so bad / that the kiss will have died. Naked day, 1936