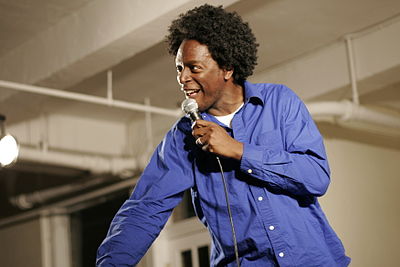 Dean Edwards (born July 30, 1970) is an American stand-up comedian, actor, singer, writer, musician and voice artist. His work as a voice actor includes Scottie Pippen and Spike Lee in Celebrity Deathmatch, a robot in Robotomy, and Donkey in Scared Shrekless after Eddie Murphy refused to reprise his role (Edwards impersonated Murphy's characterisation of the voice of Donkey). He also appeared in Saturday Night Live Weekend Update Halftime Special as Savion Glover and Don Cheadle, in Tony N' Tina's Wedding as Father Mark, and The Sopranos.Edwards has a YouTube channel, "deanedwardscomedy". He was also the host of the critically acclaimed tv show "Vidiots" on TVone.