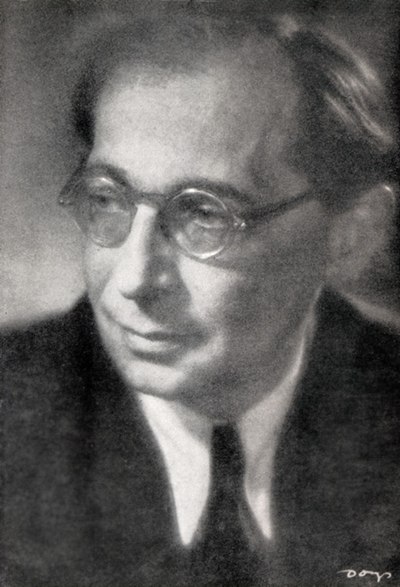 Adam Ważyk born Ajzyk Wagman (November 17, 1905 – August 13, 1982) was a Polish poet, essayist and writer born to a Jewish family in Warsaw. In his early career, he was associated with the Kraków avant-garde led by Tadeusz Peiper who published Zwrotnica monthly. Ważyk wrote several collections of poetry in the interwar years. His work during this period focused largely on the losses of World War I. As a member of the Communist Party of Poland, Ważyk belonged to a group of left-wing writers active in Warsaw in the 1930s. At the onset of World War II he escaped to the Soviet Union where he published articles for the Red Banner (Czerwony Sztandar). Later, he joined the Berling Army as political officer. After the war he was a very influential person. Initially stron supporter of communism he became very critical later on. His "Poem for Adults" marks the end of the social realism era in polish literature.