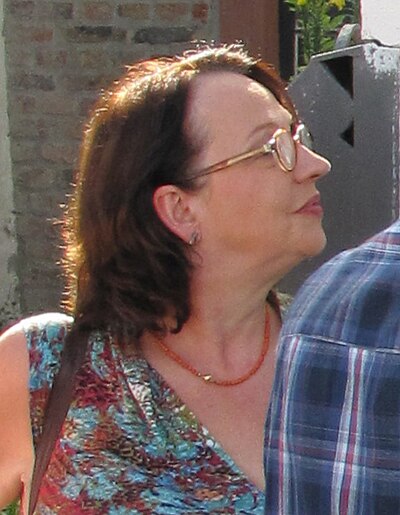 Katja Lange-Müller (born 13 February 1951) is a German writer living in Berlin. Her works include several short stories and novellas, radio dramas, and dramatic works.The daughter of Inge Lange, an East German party functionary, Katja Lange-Müller was born in Berlin-Lichtenberg. She was expelled from school at the age of 17 for "unsocialist" behavior. From an early age, she and her circle of friends were carefully watched by the Stasi. Prevented from attending college, she first learned to be a typesetter, and later worked as a nurse in a psychiatric clinic. At the age of 28, she was accepted to the "Johannes R. Becher" Literature Institute in Leipzig, marking the beginning of her career as a writer.