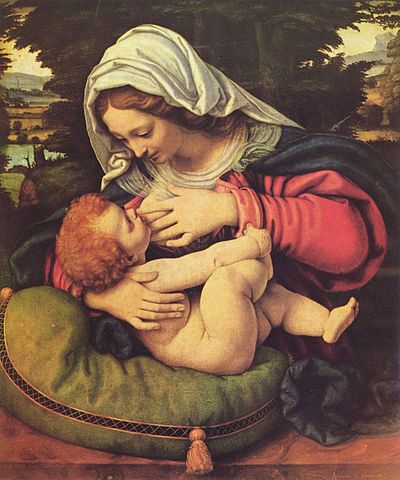 Andrea Solari (also Solario) (1460–1524) was an Italian Renaissance painter of the Milanese school. He was initially named Andre del Gobbo, but more confusingly as Andrea del Bartoloa name shared with two other Italian painters, the 14th Century Siennese Andrea di Bartolo, and the 15th Century Florentine Andrea di Bartolo.His paintings can be seen in Venice, Milan, The Louvre and the Château de Gaillon (Normandie, France). One of his better-known paintings is the Virgin of the Green Cushion (c. 1507) in the Louvre (illustrated here).