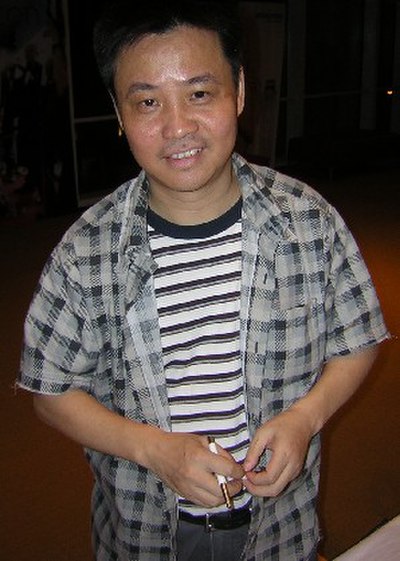 Yu Hua (simplified Chinese: 余华; traditional Chinese: 余華; pinyin: Yú Huá) is a Chinese author, born April 3, 1960 in Hangzhou, Zhejiang province. He practiced dentistry for five years and later turned to fiction writing in 1983 because he didn't like "looking into people’s mouths the whole day." Writing allowed him to be more creative and flexible.[citation needed] He grew up during the Cultural Revolution and many of his stories and novels are marked by this experience. One of the distinctive characteristics of his work is his penchant for detailed descriptions of brutal violence.Yu Hua has written four novels, six collections of stories, and three collections of essays. His most important novels are Chronicle of a Blood Merchant and To Live. The latter novel was adapted for film by Zhang Yimou. Because the film was banned in China, it instantly made the novel a bestseller and Yu Hua a worldwide celebrity.[citation needed] His novels have been translated into English, French, German, Italian, Dutch, Persian, Spanish, Swedish, Hungarian, Serbian, Hebrew, Japanese, Korean and Malayalam.