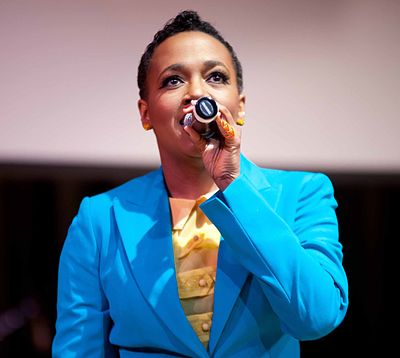 Dionne Yvette Farris (born December 4, 1968) is an American, singer, songwriter, producer and actress. Born and raised in New Jersey, she began singing in elementary school and competed in pageants as a teenager. She rose to fame in the early 1990s as the vocalist on hip hop group Arrested Development (1992) hit single, “Tennessee”.Farris released her debut album, Wild Seed - Wild Flower (1994) on Columbia Records. The album featured the Top 40 single, "I Know" (1995). That same year, the video earned Farris the Billboard Music Video Awards Best Pop/Rock New Artist Clip of the Year. She was nominated for the Grammy Award for Best Female Pop Vocal Performance (1996).