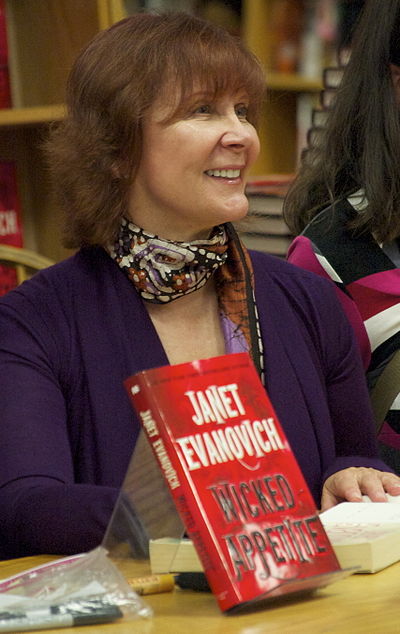 Janet Evanovich (born Janet Schneider; April 22, 1943) is an American writer. She began her career writing short contemporary romance novels under the pen name Steffie Hall, but gained fame authoring a series of contemporary mysteries featuring Stephanie Plum, a lingerie buyer from Trenton, New Jersey, who becomes a bounty hunter to make ends meet after losing her job. The novels in this series have been on the New York Times and Amazon bestseller lists.