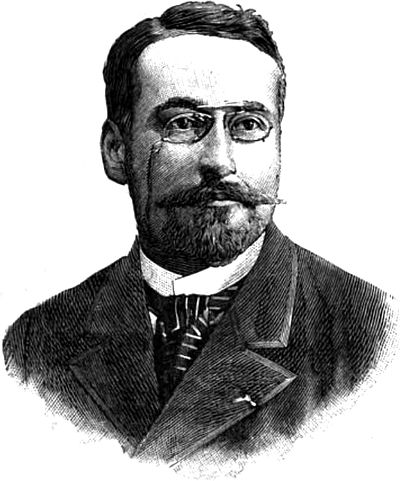 Édouard Rod (March 31, 1857–January 29, 1910), a French-Swiss novelist.He was born at Nyon, in Switzerland, studied at Lausanne, where he wrote his doctoral thesis about the Oedipus legend (Le développement de la légende d'Œdipe dans l'histoire de la littérature), and Berlin, and in 1878 found his way to Paris.In 1881 he dedicated his novel, Palmyre Veulard, to Zola, of whom he was at this period of his career a faithful disciple. A series of novels of similar tendency followed. In 1884 he became editor of the Revue contemporaine, and in 1887 succeeded Marc Monnier as professor of comparative literature at Geneva, where he remained until 1893.La Course de la mort (1888) marks a turning-point in his career: in it he forsook the so-called naturalistic novel for the analysis of moral motives. He is at his best in presenting cases of conscience, the struggle between passion and duty, and the virtues of renunciation. Le Sens de la vie (1889), one of his most famous books, is in the nature of a complement to La Course de la mort. It was followed by Les Trois cœurs (1890), Le Sacrifice (1892), La Vie privée de Michel Teissier (1893), translated as The Private Life of an Eminent Politician (1893); La Seconde Vie de Michel Teissier (1894), Le Silence (1894), Les Roches blanches (1895), Le Dernier Refuge (1896), Le Ménage du pasteur Naudi (1898), a study of Protestant France; L'eau courante (1902), L'Inutile effort (1903), Un Vainqueur (1904), L'Indocile (1905), and L'Incendie (1906). M. Rod's books of literary criticism include Les Idées morales du temps présent (1897), an admirable Essai sur Goethe (1898), Stendhal (1892), and some columns of collected essays. He published L'Affaire J.-J. Rousseau in 1906, and in the same year he drew from an episode in the life of the philosopher a play in three acts, Le Réformateur, which was produced at the Nouveau-Théâtre in Paris.He died in the southeastern French town of Grasse in January 1910.