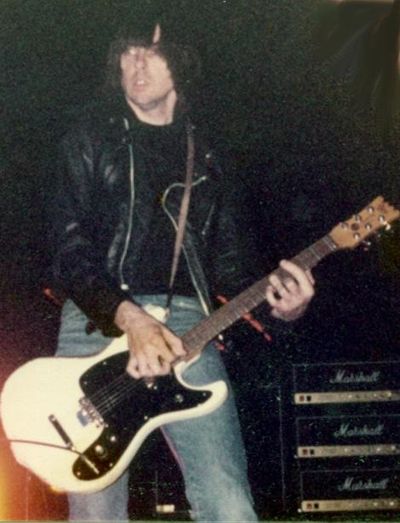 John William Cummings (October 8, 1948 – September 15, 2004), better known by his stage name Johnny Ramone, was an American guitarist and songwriter, best known for being the guitarist for the punk rock band the Ramones. He was a founding member of the band, and remained a member throughout the band's entire career. He died from prostate cancer on September 15, 2004.In 2003, he appeared on Time's "10 Greatest Electric-Guitar Players.". That same year, he was number 16 on the "100 Greatest Guitarists of All Time" list in Rolling Stone, but in the new version published in 2011, he was ranked number 28.