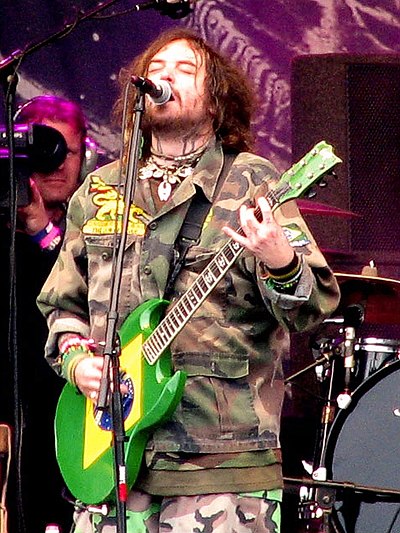 Massimiliano Antonio "Max" Cavalera (Portuguese pronunciation: [masimiliˈɐnu ɐ̃ˈtonju kɐvɐˈleɾɐ], born August 4, 1969) is a Brazilian singer, guitarist, and songwriter who currently plays in heavy metal bands Soulfly, Cavalera Conspiracy, and Killer Be Killed. In 1984, he co-founded the acclaimed heavy metal band Sepultura with his brother Igor Cavalera and played as the band's lead singer and rhythm guitarist until he left in 1996. Cavalera was also involved in a short-lived side project called Nailbomb.