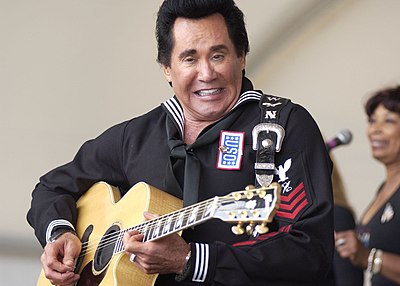 Carson Wayne Newton (born April 3, 1942) is an American singer and entertainer. One of the best-known entertainers in Las Vegas, Nevada, he is known by the nicknames The Midnight Idol, Mr. Las Vegas and Mr. Entertainment. His well known songs include 1972's "Daddy, Don't You Walk So Fast" (his biggest hit, peaking at No. 4 on the Billboard chart), "Years" (1980), and his vocal version of "Red Roses for a Blue Lady" (1965). He is best known for his signature song, "Danke Schoen" (1963), which was notably used in the score for "Ferris Bueller's Day Off" (1986).