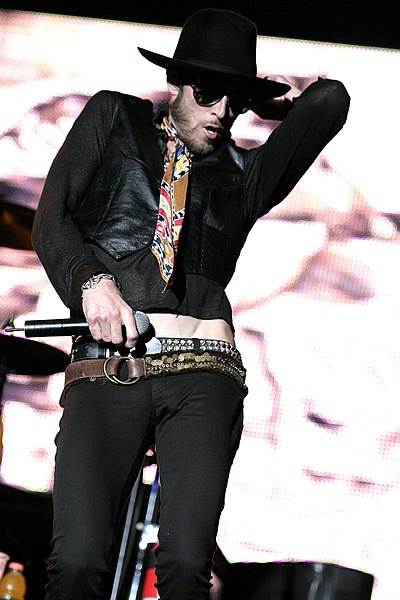 Scott Weiland (born Scott Richard Kline on October 27, 1967) is an American musician, lyricist and vocalist. During a career spanning three decades, Weiland is best known as the former frontman for the successful rock band Stone Temple Pilots, as well as the supergroup Velvet Revolver from 2003 to 2008. He has also established himself as a solo artist, releasing three studio albums, a cover album, and collaborations with several other musicians since 1995.Weiland's onstage persona is known as being flamboyant and chaotic; he is also known for constantly changing his appearance and vocal style, as well as his use of a megaphone in concert for vocal effect. While viewed as a talented and versatile vocalist, Weiland's career has been plagued by substance abuse, as well as several arrests. Weiland has been ranked in the Top 100 Heavy Metal Vocalists by Hit Parader (#57).