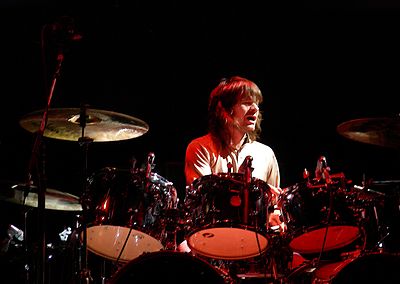 Zak Richard Starkey (born 13 September 1965) is an English rock drummer. He is the son of The Beatles drummer Ringo Starr and Maureen Starkey Tigrett, Starr's first wife.He is also well known for his unofficial membership of the English rock band The Who, with whom he has performed and recorded since 1996.He is also the third drummer to have appeared with English rock band Oasis.Zak Starkey has also worked with other musicians and bands such as Johnny Marr, Paul Weller, The Icicle Works, The Waterboys, ASAP, The Lightning Seeds and John Entwistle.