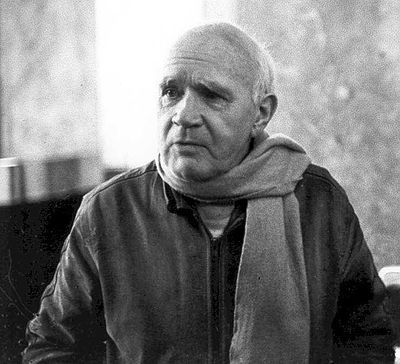 Jean Genet (French: [ʒɑ̃ ʒənɛ]; (1910-12-19)19 December 1910 – 15 April 1986(1986-04-15)) was a prominent and controversial French novelist, playwright, poet, essayist, and political activist. Early in his life he was a vagabond and petty criminal, but later took to writing. His major works include the novels Querelle of Brest, The Thief's Journal, and Our Lady of the Flowers, and the plays The Balcony, The Blacks, The Maids and The Screens.