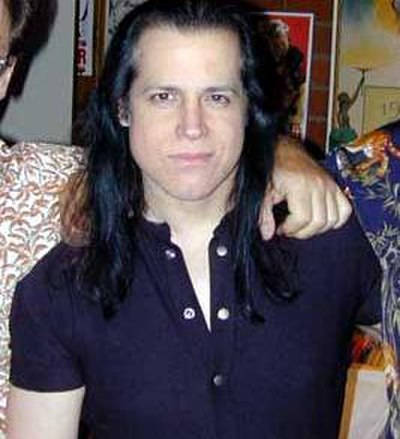 Glenn Danzig (born Glenn Allen Anzalone; June 23, 1955) is an American singer-songwriter and musician from Lodi, New Jersey. He is a founder of bands the Misfits, Samhain, and Danzig. He owns the Evilive record label as well as Verotik, an adult-oriented comic book publishing company.Having begun in the mid-1970s, Danzig's musical career has encompassed a number of genres through the years, including punk rock, heavy metal, industrial, blues and classical music. He has written songs for other musicians, most notably Johnny Cash and Roy Orbison.As a singer, he is noted for his baritone voice and tenor vocal range; his style has been compared to those of Elvis Presley, Jim Morrison, and Howlin' Wolf. Danzig has also cited Bill Medley as a vocal influence. As an author, he is known for his fascination with horror, gore, occult, erotic, and religious themes.