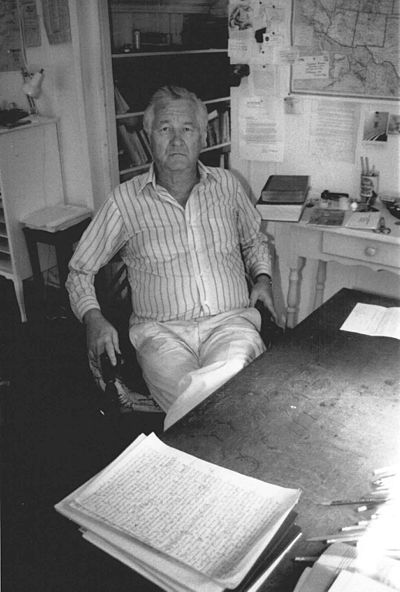 William Clark Styron, Jr. (June 11, 1925 – November 1, 2006) was an American novelist and essayist who won major literary awards for his work.For much of his career, Styron was best known for his novels, including: Lie Down in Darkness (1951), his acclaimed first novel, published at age 26; The Confessions of Nat Turner (1967), narrated by Nat Turner, the leader of an 1831 Virginia slave revolt; Sophie's Choice (1979), a story "told through the eyes of a young aspiring writer from the South, about a Polish Catholic survivor of Auschwitz and her brilliant but troubled Jewish lover in postwar Brooklyn".In 1985, he suffered his most serious bout with depression. Out of this grave and menacing experience, he was later able to write the memoir Darkness Visible (1990), the work Styron became best known for during the last two decades of his life.