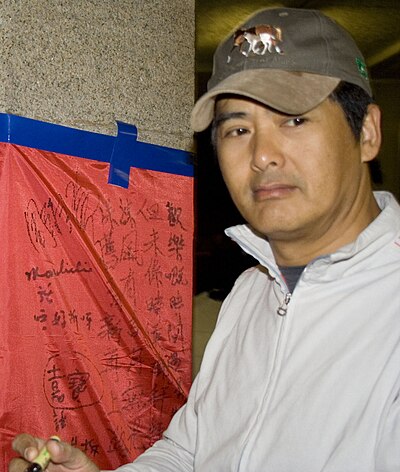 Chow Yun-fat, SBS (born May 18, 1955), is a Hong Kong actor. He is best known in Asia for his collaboration with filmmaker John Woo in heroic bloodshed genre films A Better Tomorrow, The Killer, and Hard Boiled; and to the West for his roles in Crouching Tiger, Hidden Dragon as Li Mu-bai and Pirates of the Caribbean: At World's End as Sao Feng. He mainly plays in dramatic films and has won three Hong Kong Film Awards for "Best Actor" and two Golden Horse Awards for "Best Actor" in Taiwan.