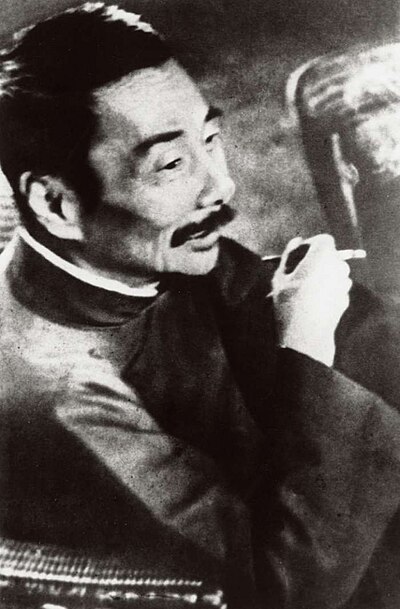 Lu Xun or Lu Hsün (Wade-Giles), was the pen name of Zhou Shuren (September 25, 1881 – October 19, 1936), a leading figure of modern Chinese literature. Writing in Vernacular Chinese as well as Classical Chinese, Lu Xun was a novelist, editor, translator, literary critic, essayist, and poet. In the 1930s he became the titular head of the League of Left-Wing Writers in Shanghai.Lu Xun's works exerted a substantial influence after the May Fourth Movement that began around 1916. He was highly acclaimed by the Communist regime after 1949, and Mao Zedong himself was a lifelong admirer of Lu Xun's works. Though sympathetic to communist ideas, Lu Xun never actually joined the Chinese Communist Party. Like many leaders of the May Fourth Movement, he was primarily a leftist and liberal.