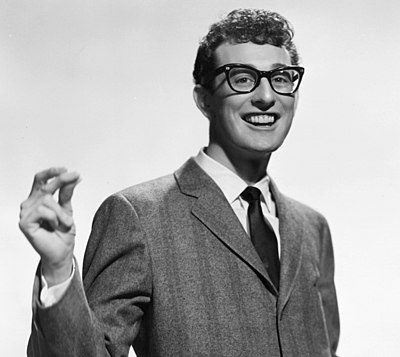 Charles Hardin Holley (September 7, 1936 – February 3, 1959), known professionally as Buddy Holly, was an American musician and singer-songwriter and a pioneer of rock and roll. Although his success lasted only a year and a half before his death in an airplane crash, Holly is described by critic Bruce Eder as "the single most influential creative force in early rock and roll." His works and innovations inspired and influenced contemporary and later musicians, notably the Beatles, Elvis Costello, the Rolling Stones, and Bob Dylan, and exerted a profound influence on popular music. In 2004, Rolling Stone magazine ranked Holly number 13 on its list of the 100 greatest artists of all time.