Master of the Třeboň Altarpiece 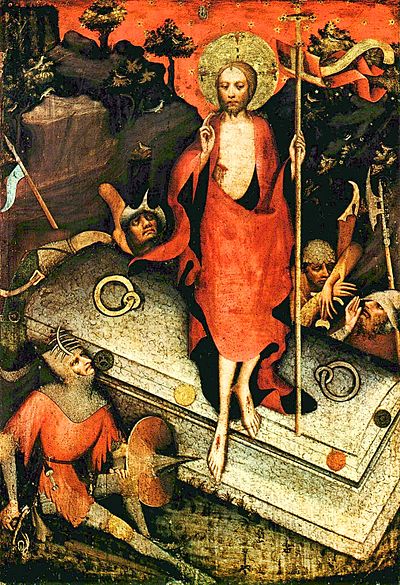 The Master of the Třeboň Altarpiece, sometimes called the Master of Wittingau, was a Bohemian painter active in Prague around 1380-1390.[citation needed] His name is derived from an altarpiece from the church of Saint Eligius at the Augustinian convent of Třeboň (known in German as "Wittingau"). The altarpiece, a triptych, depicts Christ on the Mount of Olives, The Tomb of Christ, and the Resurrection. It has been dated to around 1380, and is today held at the Convent of St. Agnes branch of the National Gallery in Prague.Stylistically, the master seems to have been aware of French painting; in addition, the influence of northern Italian art may be seen in his work. He created the so-called "beautiful style", a Bohemian variant of the International Gothic style in which figures are placed in deep settings and modeled with chiaroscuro; such intensity had never before been seen in Bohemian art, but would be prominent in the work of future generations of artists. In addition, the master's influence can be seen in the work of other European artists of the period, most especially the Master of the Bamberg Altar.A painting of Our Lady of Sorrows by the master, painted before 1380, once hung in the church of Církvice; a Madonna in Roudnice, dated to after 1380,[citation needed] is now held in Prague. The painter is also responsible for an Adoration of the Child in the castle of Hluboka and a Crucifixion and a St. Mary of the Altar of Heaven in Prague; the latter is one of the first known Bohemian paintings to be displayed with a decorated frame as part of the composition. In addition, the Virgin with Saint Bartholomew and Saint Margaret, also in Hluboka, is believed to be by his hand.

Master of the Třeboň Altarpiece

Items by Master of the Třeboň Altarpiece
Show more… ()