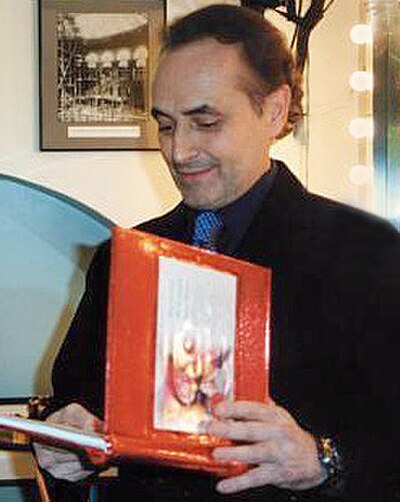 Josep Maria Carreras i Coll (Catalan pronunciation: [ʒuˈzɛp kəˈreɾəs]; born 5 December 1946), better known as José Carreras (Spanish pronunciation: [xoˈse kaˈreɾas]), is a Spanish tenor who is particularly known for his performances in the operas of Verdi and Puccini. Born in Barcelona, he made his debut on the opera stage at 11 as Trujamán in Manuel de Falla's El retablo de Maese Pedro and went on to a career that encompassed over 60 roles on the stages of the world's leading opera houses and in the recording studio.He gained fame with a wider audience as one of The Three Tenors along with Plácido Domingo and Luciano Pavarotti in a series of mass concerts that began in 1990 and continued until 2003. Carreras is also known for his humanitarian work as the president of the José Carreras International Leukaemia Foundation (La Fundació Internacional Josep Carreras per a la Lluita contra la Leucèmia), which he established following his own recovery from the disease in 1988.