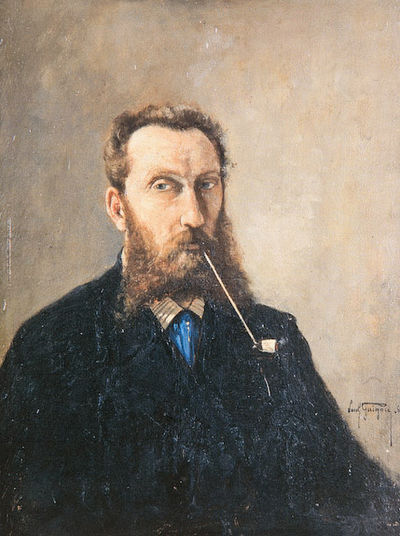 Paul Camille Guigou (15 February 1834 – 21 December 1871) was a French landscape painter.Guigou was born in Villars, Vaucluse in a wealthy family of farmers and notaries. He studied painting in Apt and later with Émile Loubon in Marseille. In 1851, he became clerk at Apt and in 1854 at Marseille where he also moved.Guigou painted mostly Provence landscapes using oil and watercolour. At his beginnings, he was influenced by Loubon, later by Barbizon school and Gustave Courbet. During his lifetime, he was not recognised and met with indifference of both jury and public exhibitions. Struggling with financial problems, he had to give painting lessons and write reviews.He died in Paris at the age of 37 from stroke. After his death, he and his works were mostly forgotten. Revival of interest in him began early in the 20th century at exhibitions in Paris and Marseille. Currently his works are highly valued at auctions.