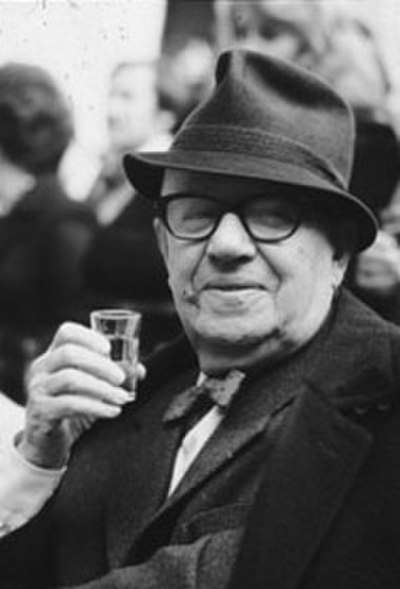 Jean Villard a.k.a. Gilles (June 2, 1895 in Montreux (Switzerland) – March 26, 1982 in Vevey), originating from Daillens, was a French Swiss multi-talented chansonnier, poet, humorist, comedian, actor, and cabaretist. He was friends with Édith Piaf, Ernest Ansermet, Jacques Brel, Jean Poiret, Michel Serrault and met also with Charles-Ferdinand Ramuz. He gave his last interview in December, 1981 at his home, where he confided that "I have always tried my best to be a poet."One of Lausanne's parks, on the Avenue du Théâtre, now bears his name. He served in the Swiss Army during World War I in Soubey, Jura, recalling that he defended the bridge that crosses the Doubs River.