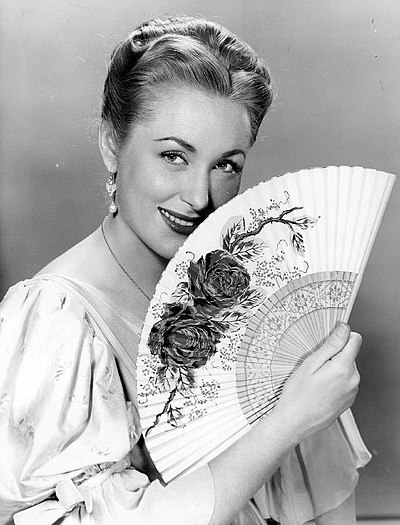 Jean Fenn (b. May 10, 1928) is an American soprano who had an active opera career in North America during the 1950s through the 1970s. An attractive blonde with a statuesque figure, Fenn was a disciplined, well-schooled singer with an excellent technique, wide range, and a highly polished sound. She was notably a regular performer at the Metropolitan Opera in New York City between 1953 and 1970. A lyric soprano, she particularly excelled in portraying roles from the operas of Giacomo Puccini, Jules Massenet, and Charles Gounod.In spite of her talent, Fenn never achieved star level status; a fact which prevented her from making any commercial audio recordings with the exception of one film soundtrack. At the Met she performed with many of the giants of the opera world, and standing in such a crowd she never managed to distinguish herself. In his book The Last Prima Donnas, music critic Lanfranco Rasponi included Fenn in his list of American divas "who showed so much promise (all were talented and had good basic vocal resources) only to go into limbo". Critics have suggested that it was Fenn's too polished quality that prevented her from having that star making quality. Noël Coward said of her during rehearsals for one of his productions, "She is cursed with refinement and does everything ‘beautifully.’ Oh dear, I long for her to pick her nose or fart and before I’m through with her, she’ll do both."