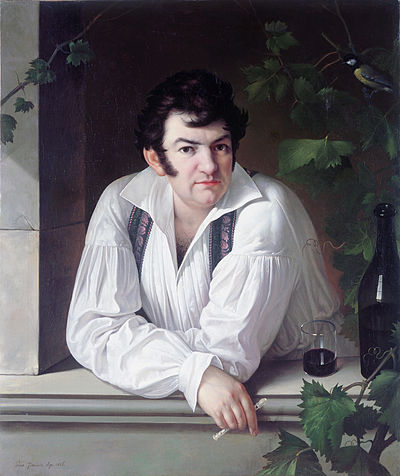 Giuseppe Tominz or Jožef Jakob Tominc, (6 July 1790 – 22 April 1866) was a Italian painter, who lived and worked in the Austrian Empire and in Italy. He was one of the most prominent Italian portraitists of the Biedermeier period. He became renowned for his realistic portraits,. He worked mostly in the Austrian Littoral, but also produced religious paintings in Carniola and in Croatia. His handiwork can be seen in the Holy Mary Church in Stoliv. Nowadays, many of his works are on display in the Revoltella Museum in Trieste, some in the National Gallery of Slovenia in Ljubljana, National Museum of Serbia and in the Museum of History and Art of Gorizia.