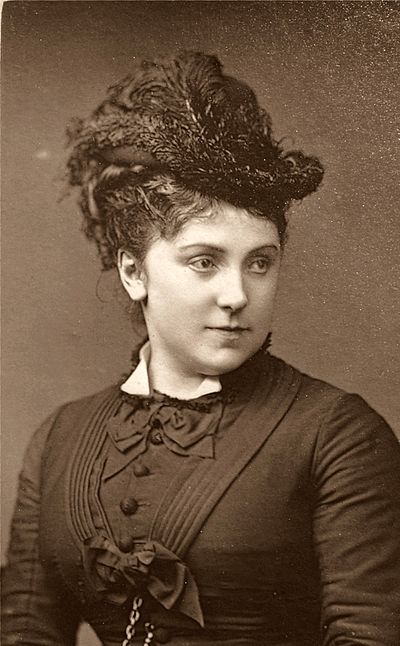 Marie Rôze (born Maria Hippolyte Ponsin), (2 March 1846, Paris – 2 June 1926, Paris), was a French operatic soprano. She was born in Paris. At the age of 12, she was sent to be educated in England for two years. She then studied with Mocker and Auber at the Paris Conservatoire, where she received the first prize in singing in 1865. That same year, she made her debut at the Opéra-Comique. Her success there led to engagements with the Paris Opéra, and later in London. From 1876 she worked with the Carl Rosa Opera Company during their UK tours and in Scotland over a ten-year period sang roles ranging from Carmen and Manon to Marguerite. In 1877, she was engaged by the Max Strakosch Opera Company and made her American debut on 8 January 1878 in Philadelphia as Leonora in Donizetti's La favorita.She later toured the United States with the Carl Rosa Opera Company from 1883 to 1889 and was particularly noted for her interpretation of the title role Bizet's Carmen. In 1890, she taught singing in Paris and made her farewell tour in 1894. Marie Roze was married first to the operatic bass, Jule E. Perkins, and then to the English impresario James Henry Mapleson. Her son Raymond (1875-1920) was a minor composer whose opera Joan of Arc was performed at the Royal Opera House, London in 1913.