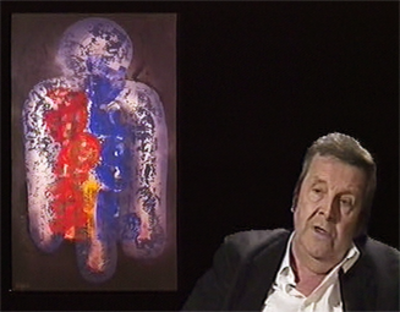 Ladislas Kijno (June 27, 1921 - November 27, 2012) was a French painter. Born in Warsaw, he moved with his family to France in 1925, settling in the community of Nœux-les-Mines in the Pas-de-Calais. Before becoming a painter he studied philosophy with Jean Grenier.In 1991, the French magazine L'Amateur d'Art was devoted to him, with an interview with Jean-Pierre Thiollet, untitled : « Ladislas Kijno : "Je suis un moine de l'Art !" (I'm a Art monk !)