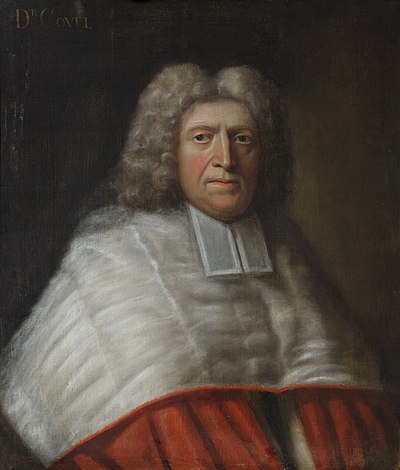 John Covel (2 April 1638 – 19 December 1722) was a clergyman and scientist who became Master of Christ's College, Cambridge and vice-chancellor of the University.John Covel was born at Horningsheath, Suffolk, the son of William Covel. He was educated at Bury St Edmunds school and Christ's College, Cambridge, where he was made a fellow in 1659. In 1670 he went to Constantinople as Chaplain to the Levant Company. For a time he was in sole charge of the embassy there. He travelled widely in Asia Minor and described the buildings and plants which he saw. He purchased a lot of Greek manuscripts (like codex 65, 110, 321, 322, ℓ 150). After his return and a period as Chaplain to the Princess of Orange in The Hague (1681-1685), he was elected the 15th Master of Christ's in 1688, a position he held until 1723. In his later years he developed the study of fossils.