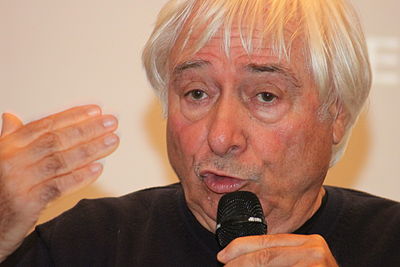 Luciano Tovoli (born October 30, 1936) in Massa Marittima, Italy, is an Italian cinematographer, film director, and screenwriter. While the majority of the titles in his filmography are Italian, he has worked as cinematographer on several United States and French productions.His films include Michelangelo Antonioni's The Passenger (1975), Walerian Borowczyk's Behind Convent Walls (1977), Dario Argento's Suspiria (1977) and Tenebrae (1982), and Julie Taymor's Titus (1999). Tovoli has enjoyed a particularly fruitful relationship with Barbet Schroeder, working on that director's Reversal of Fortune (1990), Single White Female (1992), Before and After (1996), Murder by Numbers (2002), and Inju: The Beast in the Shadow (2008).In 1983, Tovoli directed and cowrote Il Generale dell'armata morte based on a novel by Ismail Kadare, starring Marcello Mastroianni and Anouk Aimée.