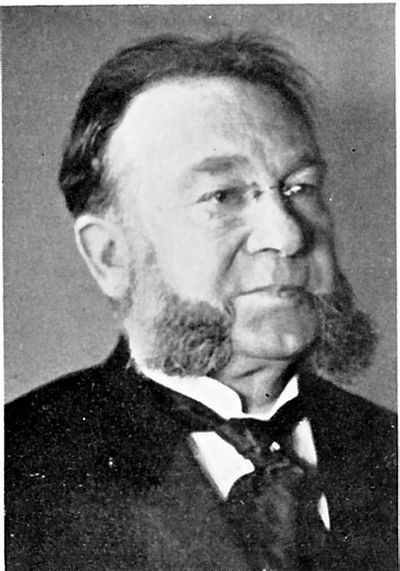 Iver Paul Fredrik Holter (13 December 1850 – 27 January 1941) was a Norwegian composer. He was conductor and music director of the Oslo Philharmonic for a quarter century. Iver Paul Fredrik Holter was born in Gausdal, Oppland, Norway. His parents were Caspar Georg Holter (1812–1880), a minister and Caroline Theodora Børresen (1818–1857). He spent his adolescence at Gjerpen in Skien, where he received violin lessons from Ferdinand A. Rojahn. He had originally studied medicine but by 1876, he changed career paths to become a musician. He first studied music with Johan Svendsen and afterward in Leipzig (1876–79). He continued his music studies in Berlin (1879–1881).In the autumn of 1882, he followed Edvard Grieg as conductor for the Bergen Philharmonic Orchestra. In autumn 1886, he became as music director and conductor of the Oslo Philharmonic, a position he held for 25 years. Holter suggested the founding of a city orchestra which could play at municipal festivities, concerts and in the theatre, and as a result of this, the orchestra gained municipal support from 1889.Holter became a central figure in the city's musical life. In 1890 he founded the Oslo Bys Orchestra, and he was conductor for the Music Association (Musikkforeningen) in Oslo for a quarter century. During the period 1900 to 1906 he edited the music magazine, Nordisk Musik-Revue. In 1912, he was one of the founders Norwegian Musical Artists' Society (Norsk Tonekunstnersamfund).Holter composed piano music, songs and choral music, including a series of cantatas for various major and minor events. As a composer, he followed the classic-romantic ideals. His numerous compositions include a symphony, string quartets, a violin romance, cantatas, songs and choral pieces. Most notably, he wrote music for Goethe's Götz von Berlichingen and the orchestral work St. Hans Kveld.He was buried in Vår Frelsers gravlund in Oslo, Norway.