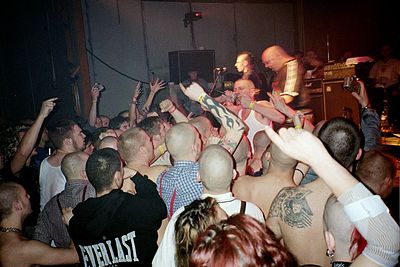 The Business are an English Oi!/punk rock band formed in 1979 in Lewisham, South London. Their album Suburban Rebels became influential in the Oi! movement. Their biggest hit song in recent times, "England 5 - Germany 1", (based on the result of a World Cup Qualifying match in 2001), became a football anthem for England.