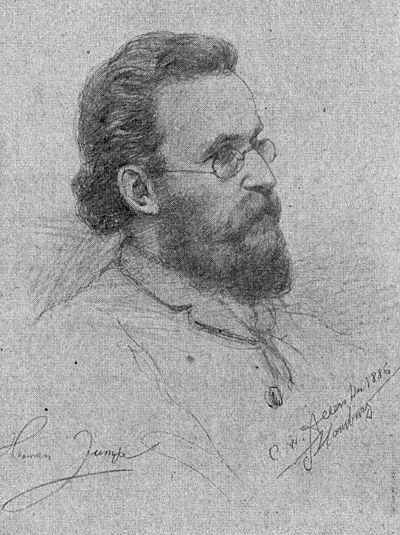 Hermann Zumpe (9 April 1850 in Taubenheim, Saxony – 4 September 1903 in Munich) was a German conductor and composer.Zumpe was educated at the teachers' Seminary at Bautzen, was a schoolmaster at Weigsdorf in 1870-71, from thence going to Leipzig, and playing the triangle in the Stadttheater there; he was one of those who helped Wagner in the preparation of the Ring at Bayreuth in the years 1873-70, and after this he conducted in the theatres of Salzburg, Würzburg, Magdeburg, Frankfurt, and Hamburg (in 1884-86). In 1891 he went to Stuttgart as Court Capellmeister, taking over the conductorship of the Society for Classical Church Music, in lieu of Faisst, who was ill. In 1895 he became conductor of the Kaim Concerts in Munich, and was made Court Capellmeister at Schwerinin 1897. He visited London to conduct the Wagner performances at Covent Garden in 1898. In 1900 he received the most important appointment of his career, that of Court-Capellmeister at Munich, directing what would later become the Bavarian State Opera. Here he was especially active in directing the famous Wagner performances at the Prinz Regenten Theater up to 1903, in which year, on Sept. 4, he died suddenly. Among his compositions were: a fairy opera, "Anhana" (Berlin, 1880), "Die verwunschene Prinzessin," operettas "Farinelli" (Hamburg, 1886), "Karin" (Hamburg, 1888), and "Polnische Wirtschaft" (Berlin, 1891). At his death the score of another opera, "Sawitri", was found incomplete, and was scored by Gustav von Roessler, and produced at Schwerin.