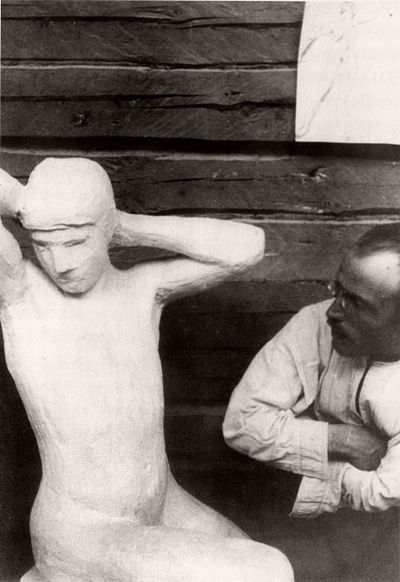 Alexander Matveev (1878–1960) was one of the leading Russian sculptors of his generation, working in a simple, vigorous, modern classical style similar to Aristide Maillol of France. As an artist of international reputation, he was made a leader of the Soviet sculptor's union until the 1950s when the younger practitioners of socialist realism finally replaced him. He was also a teacher for many years at the Academy of Arts of the USSR and the Moscow School of Painting, Sculpture and Architecture where he had studied as a young man. One of his students was the Latvian Kārlis Zāle.