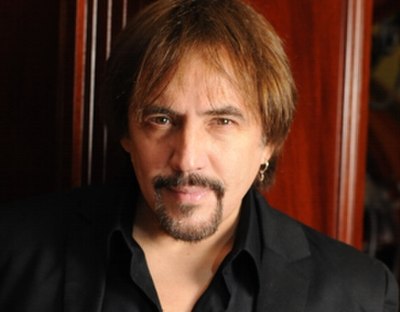 Alejandro Federico Lerner (born June 8, 1957 in Buenos Aires) is an Argentine musician and singer-songwriter. He has written and sang countless songs including several hits, and his fame and recognition spread all over South America.Through his career, Lerner played in different bands, formed his own group, and worked with international artists such as Luis Miguel, Paul Anka, and Celine Dion.In 1974, the young musician's talent was discovered by Raúl Porchetto, who invited him to join a short-term project called Reino de Munt. In 1977, Lerner participated in Gustavo Santaolalla's band Soluna. In addition, Alejandro Lerner was consolitading his skills as a performer while working with well-known Argentine singers Leon Gieco and Sandra Mihanovich.In 1981, Lerner formed a band called la Magia, playing along with bass player Hernán Magiano, guitarist Damián Figueroa, saxophonist Oscar Kreimer, and drummer Luis Querón, releasing Alejandro Lerner y La Magia in 1982. A year later, the band broke up and he decided to start his solo career, releasing Todo a Pulmón that same year and Lerner Tres in 1984.In 1999, a compilation of his greatest hits, called 20 Años (20 Years), was released.In 2002, Lerner gained exposure in the US when he collaborated with Carlos Santana on the song "Hoy Es Adiós" which was released on Santana's album Shaman.