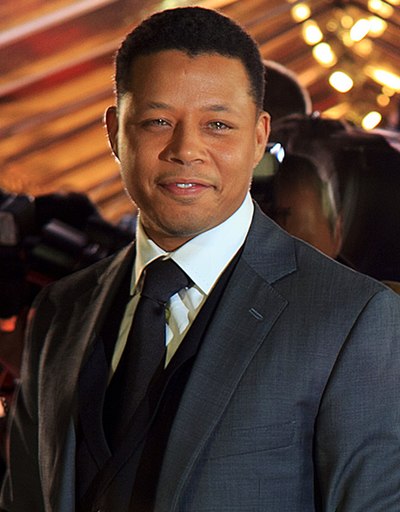 Terrence Dashon Howard (born March 11, 1969) is an American actor and singer. Having his first major role in the 1995 film Mr. Holland's Opus, Howard broke into the mainstream with a succession of television and film roles between 2004 and 2006. He was nominated for the Academy Award for Best Actor for his role in Hustle & Flow. Howard has had prominent roles in many other movies including Winnie, Ray, Lackawanna Blues, Crash, Four Brothers, Get Rich or Die Tryin', Idlewild, August Rush and The Brave One. Howard co-starred in Iron Man and reprised the role in the video game adaptation.His debut album, Shine Through It, was released in September 2008.