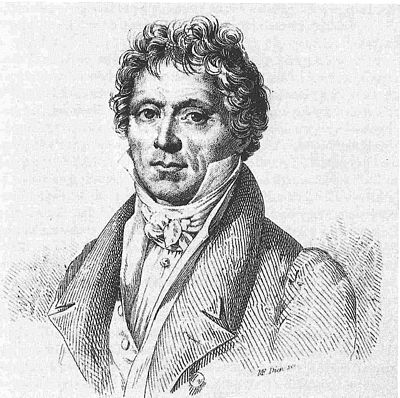 Anton (Antonín, Antoine) Reicha (Rejcha) (26 February 1770 – 28 May 1836) was a Bohemian-born, later naturalized French composer of music very much in the German style. A contemporary and lifelong friend of Beethoven, he is now best remembered for his substantial early contributions to the wind quintet literature and his role as teacher of pupils including Franz Liszt and Hector Berlioz. He was also an accomplished theorist, and wrote several treatises on various aspects of composition. Some of his theoretical work dealt with experimental methods of composition, which he applied in a variety of works such as fugues and études for piano and string quartet.Reicha was born in Prague. His father, the town piper, died when the boy was just 10 months old, leaving him in custody of a mother who had no interest in educating him. The young composer ran away from home when only ten years old, and was subsequently raised and educated in music by his paternal uncle Josef Reicha. When they moved to Bonn, Josef secured for his nephew a place playing violin in the Hofkapelle electoral orchestra alongside the young Beethoven on viola, but for Reicha this was not enough. He studied composition secretly, against his uncle's wishes, and entered the University of Bonn in 1789. When Bonn was captured by the French in 1794 Reicha fled to Hamburg, where he made a living teaching harmony and composition and studied mathematics and philosophy. Between 1799 and 1801 he lived in Paris, trying to gain recognition as an opera composer, without success. In 1801 he moved on to Vienna, where he studied with Salieri and Albrechtsberger and produced his first important works. His life was once again affected by war in 1808, when he left Vienna, occupied by the French under Napoleon, and returned to Paris, where he spent the rest of his life teaching composition and in 1818 was appointed professor at the Conservatoire.Reicha's output during his Vienna years included large semi-didactic cycles of works such as 36 Fugues for piano (in a "new method of fugal writing"), L'art de varier (a set of 57 variations on an original theme), and exercises for the treatise Practische Beispiele (Practical Examples). During the later Paris period, however, he focused his attention mostly on theory and produced a number of treatises on composition. Works of this period include 25 crucially important wind quintets which are considered the locus classicus of that genre and are his best-known compositions. None of the advanced ideas he advocated in the most radical of his music and writings (not used in the 25 great wind quintets), including polyrhythm, polytonality and microtonal music, were accepted or employed by nineteenth-century composers. Due to Reicha's unwillingness to have his music published (like Michael Haydn before him), he fell into obscurity soon after his death and his life and work have yet to be intensively studied.