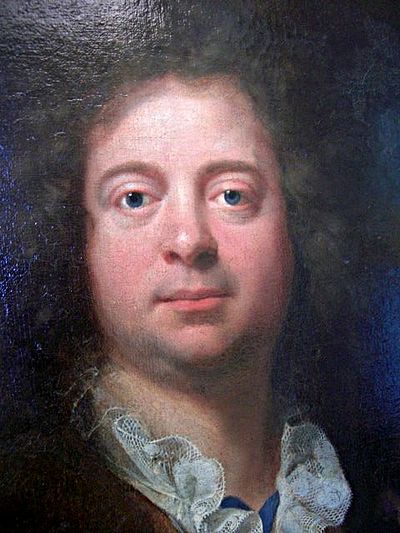 Antoine Coypel (11 April 1661 – 7 January 1722) was a history painter, the more famous son of the French painter Noël Coypel.Antoine Coypel was born in Paris. He studied under his father, with whom he spent four years at Rome. At the age of eighteen he was admitted into the Académie de peinture et de sculpture, of which he became professor and rector in 1707, and director in 1714. In 1716 he was appointed king's painter, and he was ennobled in the following year.His great work of decoration was the ceiling of the Royal chapel at Versailles (1716), in the manner of the Roman Baroque. He also carried out large-scale paintings illustrating themes of the Aeneid for the Palais-Royal (1714–1717).Antoine Coypel received a careful literary education, the effects of which appear in his works; but the graceful imagination displayed by his pictures is marred by the fact that he was not superior to the artificial taste of his age. He was a clever etcher, and engraved several of his own works. His Discours prononcés dans les conferences de 1'Academie royale de Peinture, etc.; first appeared in 1721.His half-brother Nöel-Nicolas and his son Charles-Antoine Coypel (1694–1752) were also accomplished painters. the sculptor François Dumont was his brother-in-law.He died in 1722, he was 61 years old.