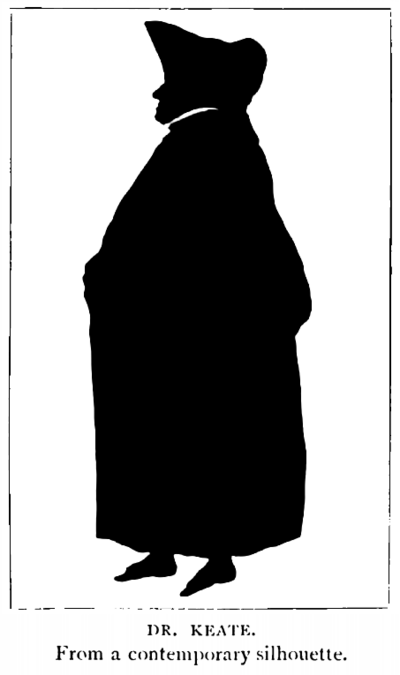 John Keate (1773 – 5 March 1852) was an English schoolmaster, and headmaster of Eton College.He was born at Wells, Somerset, the son of Prebendary William Keate, D.D., rector of Laverton, Somerset, and brother of Robert Keate FRCS (1777-1857), Serjeant-Surgeon to King William IV and Queen Victoria.He was educated at Eton and Kings College, Cambridge. Taking holy orders, he became, about 1797, an assistant master at Eton College. In 1809 he was elected headmaster. The discipline of the school was then in a most unsatisfactory condition, and Dr Keate (who took the degree of D.D. in 1810) took measures to improve it. He used birching to restore order and strengthen the authority of the masters. He retired in 1834..Keate was made a canon of Windsor in 1820. He died at Hartley Westpall, Hampshire, of which parish he had been rector since 1824.