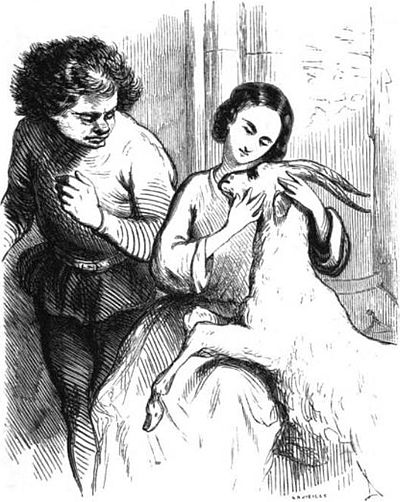 Quasimodo (from Latin, quasi modo) is a fictional character in the novel The Hunchback of Notre-Dame (1831) by Victor Hugo. Quasimodo was born with a hunchback and feared by the townspeople as a sort of monster, but he finds sanctuary in an unlikely love that is fulfilled only in death. The role of Quasimodo has been played by many actors in film and stage adaptations, including Lon Chaney, Sr. (1923) and Charles Laughton (1939), as well as Tom Hulce in the 1996 Disney animated adaptation. In 2010, a British researcher found evidence suggesting there was a real-life hunchbacked stone carver who worked at Notre Dame during the same period Victor Hugo was writing the novel and they may have even known one another.