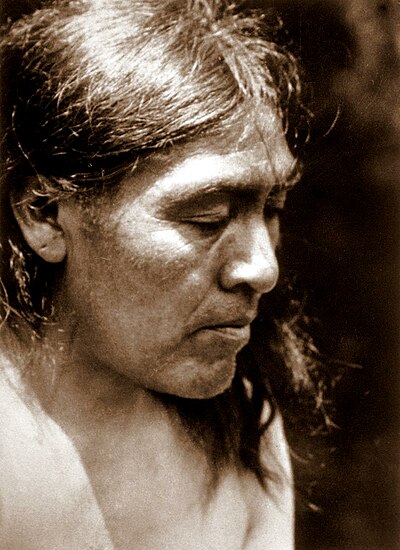 Ishi (c. 1860 – March 25, 1916) was the last member of the Yahi, the last surviving group of the Yana people of the U.S. state of California. Widely acclaimed in his time as the "last wild Indian" in America, Ishi lived most of his life completely outside modern culture. At about 49 years of age, in 1911, he emerged from "the wild" near Oroville, California, leaving his ancestral homeland, present-day Tehama County, near the foothills of Lassen Peak, known to Ishi as Wa ganu p'a.Ishi means "man" in the Yana language. The anthropologist Alfred Kroeber gave this name to the man because it was rude to ask someone's name in the Yahi culture. When asked his name, he said: "I have none, because there were no people to name me," meaning that no Yahi had ever spoken his name. He was taken in by anthropologists at the University of California, Berkeley, who both studied him and hired him as a research assistant. He lived most of his remaining five years in a university building in San Francisco.