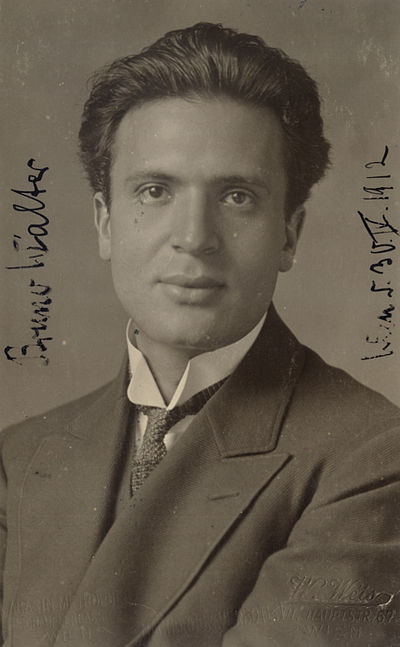 Bruno Walter (born Bruno Schlesinger, September 15, 1876 – February 17, 1962) was a German-born conductor, pianist, and composer. Born in Berlin, he left Germany in 1933 to escape the Third Reich, settling finally in the United States in 1939. He worked closely with Gustav Mahler, whose music he helped establish in the repertory, held major positions with the Leipzig Gewandhaus Orchestra, New York Philharmonic, Royal Concertgebouw Orchestra, Salzburg Festival, Vienna State Opera, Bavarian State Opera, Staatsoper Unter den Linden and Deutsche Oper Berlin, among others, made recordings of historical and artistic significance, and is widely considered one of the great conductors of the 20th century.