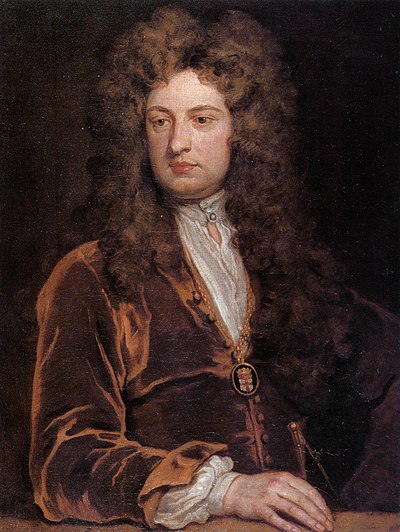 Sir John Vanbrugh (/ˈvænbrə/; 24 January 1664 (baptised) – 26 March 1726) was an English architect and dramatist, perhaps best known as the designer of Blenheim Palace and Castle Howard. He wrote two argumentative and outspoken Restoration comedies, The Relapse (1696) and The Provoked Wife (1697), which have become enduring stage favourites but originally occasioned much controversy. He was knighted in 1714.Vanbrugh was in many senses a radical throughout his life. As a young man and a committed Whig, he was part of the scheme to overthrow James II, put William III on the throne and protect English parliamentary democracy, and he was imprisoned by the French as a political prisoner. In his career as a playwright, he offended many sections of Restoration and 18th century society, not only by the sexual explicitness of his plays, but also by their messages in defence of women's rights in marriage. He was attacked on both counts, and was one of the prime targets of Jeremy Collier's Short View of the Immorality and Profaneness of the English Stage. In his architectural career, he created what came to be known as English Baroque. His architectural work was as bold and daring as his early political activism and marriage-themed plays, and jarred conservative opinions on the subject.